Is It Better To Pick Your Own Lottery Numbers? Or Buy A Quick-Pick Ticket?

Cynthia Stafford, points out to a 'lottery expert' that her $2 quick pick was worth $112 Million... an awful lot more than he has ever won...

How do you pick your numbers? Do you agonise over statistics and spreadsheets - or use a piece of custom software?

Or maybe you just dive straight for a quick pick and avoid the headache?

People who sell lottery analysis software will swear to you that you cannot win the lottery without analysing the numbers.

But quick-pick tickets win all the time.

So Who Is Right, & Which Is Better?

Let's look at it this way. It's very easy to get caught up in the numbers themselves. We're designed for making patterns and order out of the random chaos. It helps us understand the world around us.

But forget the numbers for a moment.

Take a step back and look at the lottery as a machine.

Because that's exactly what it is. It's just a machine designed to bounce balls around and pick out a small set of them.

So if we're really just talking about ping pong balls tumbling around in a machine, can analysing the past results help us?

There's only one possible reason why analysing past lottery results can help us.

Lottery machines are designed to be as random as they can be. But they are only designed by humans, and we're not perfect, right?

Some of us are less perfect than others, but I digress :-)

So let's say that things aren't perfect. And take a close look at the world famous 'Imperfect Lotto'.

'Imperfect Lotto' is a (made up) 6 from 49 lottery game. The jackpot is as much cash as you can stuff down your underwear in 10 minutes... 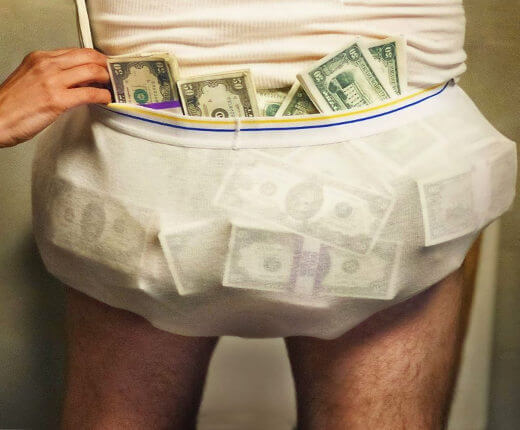 But if we look really closely at the balls for this game, we can see a small manufacturing problem. Ball no. 23 is a tiny bit heavier than it should be. And balls 15, 19, and 28 are a bit lighter.

So what ball are we going to include in our picks every single week? Ball 23 of course!

And what balls are we never going to pick. Yup, you guessed it.

Bring on the underwear stuffing jackpot then :-)

So Why Isn't Our System Working Very Well..?

The darn lottery company use more than one set of balls. And in the other sets ball 23 isn't heavier!

No matter, we'll stick to our guns and should still be a little bit better off, right?

Except... every time they run a draw a tiny microscopic bit of the balls wears away. But because our ball 23 is heavier, it actually bounces more often and gets worn just that tiny bit faster than the others.

Which means the more draws they run, the more our little advantage is disappearing!

And darn, why do they have to keep running lots of those test draws before and after every official proper draw! It makes our advantage disappear that little bit faster...

And Then Somebody Sneezed... 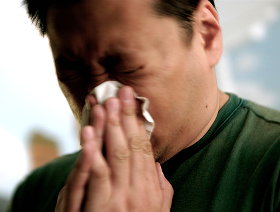 We just got another little tip.

In Winter when the studio is a little bit colder, the draw machine spins just a tiny bit slower - which makes the balls that drop into the machine first a tiny bit more likely than the later ones...

But only if the janitor hasn't turned the heat up higher that day because his feet were cold down in the basement below the studio.

This is getting tricky to keep track of everything...

And there we have our problem.

Those useful little factors that could show a bias towards, or away from, certain balls being drawn... well, put them all together in real life and they actually just make our life more difficult!

Then it's all the environmental factors such as the studio temperature, the exact amount of time the machine spins before the balls drop, the precise electrical current to the draw machine at draw time affecting the motor that spins the ball scoops, wear and tear on the balls themselves... the tiniest change in air pressure if someone sneezes in the audience...

How Do You Track a Sneeze?

Of course, you can't track all of these factors.

But surely if you just track the general trends, that will help a bit?

Well, maybe, but maybe not too.

Because any trend will be affected by so many tiny unrelated random outside influences - things that cannot be recorded even if you were in the studio for every draw.

And all of those untrackable things could more than swamp any trackable trends that might be there.

Heck, they don't even tell you when they replace a set of balls with new ones!?

All of which means that any trend that might help you is going to be very small indeed. And will change over time. Making it so difficult to detect that you're never really going to know if it's even really there!

Does That Make Analysis Software A Waste Of Time?

Probably. But that's the problem - we'll never have enough data to prove things either way. And the lottery companies are happy that their draws are random enough that nobody can predict things.

It does mean that software that claims it can magically predict the results could be a bit more generous with the truth. Because they cannot prove it's helping.

That doesn't make all lottery software useless though, analysis tools are not the only software available.

As lottery players we get caught up in numbers. But as we've seen, the lottery is not about numbers - it's ping pong balls and sneezes!

But it will happen. I guarantee it.

The problem with this thinking is it's based on such a limited observation.

Most lottery games have only been drawn a few hundred, or a few thousand times. Ever.

Yet there are nearly 14 million available combinations just for a 6 from 49 game.

So why haven't those been drawn yet either...

Fact is, ALL the combinations will come up eventually - once we've had enough draws for it to be possible!

Just like if you roll a dice enough times, you will eventually see all 6 numbers.

But neither you or I will be around in the HALF A MILLION YEARS or so it will take for a typical lottery to show all of it's numbers!

But Quick Picks Are Still Rubbish Though Aren't They? 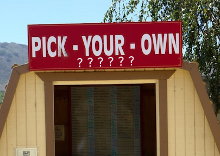 There is one good reason to avoid a quick-pick ticket. You might end up with a bunch of 'popular numbers'.

And popular numbers make it more likely you end up sharing a jackpot if you win (because everyone who matches all the numbers shares the jackpot don't they).

But those quick pick numbers are probably just as likely to win as any other combination.

If that weren't true, the lottery companies would be in front of a judge defending themselves for treating customers unfairly by even offering quick-pick as an option!

So pick your own numbers if you prefer, particularly if you're trying to avoid lucky numbers or too many 'birthday' type numbers.

But don't stress too much about taking the quick-pick route. Because people do win using quick-picks all the time.

Despite what the lottery 'experts' try to sell you er, tell you.

You can read about more quick pick winners on our blog (there's a lot of them out there!). Or head over here for more lottery questions and answers.

Why Just One Draw For The Lottery Jackpot?
How Do You Avoid Combinations That Will Never Win The Lottery?
What Countries Play EuroMillions?
How Does The EuroMillions Millionaire Raffle Work?
Should I Switch To Canada Lotto Max Or Stick To Lotto 649?